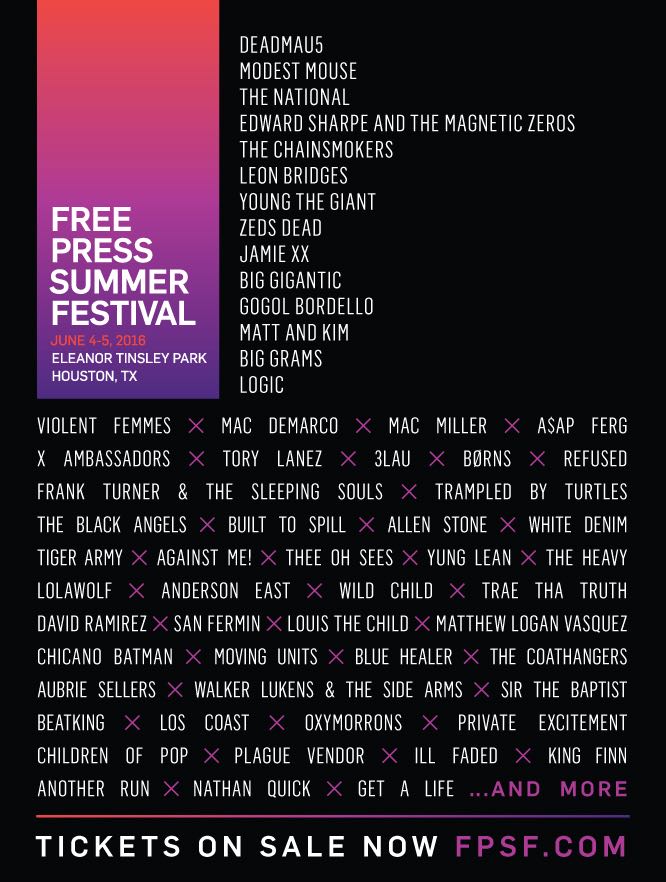 The first of many festivals to announce their lineup yesterday was Free Press Summer Festival in Houston, Texas. The diverse collection of over 55+ bands consisting of indie-rock and edm artists like Deadmau5 who just kicked of his the mau5hax tour as a special guest. The 2-day festival at Eleanor Tinsley Park is now in its 7th year and the experience shows with a list of impressive artists including EDM powerhouses Zeds Dead and Big Gigantic.

The Free Press lineup only solidifies itself further more with indie bands like Modest Mouse, The National, Edward Sharpe and The Magnetic Zeros, Young The Giant, and X Ambassadors. Not to be overlooked, rap will also be present in Texas on June 4th & 5th with Big Grams, Logic, Mac Miller, and A$ap Ferg.